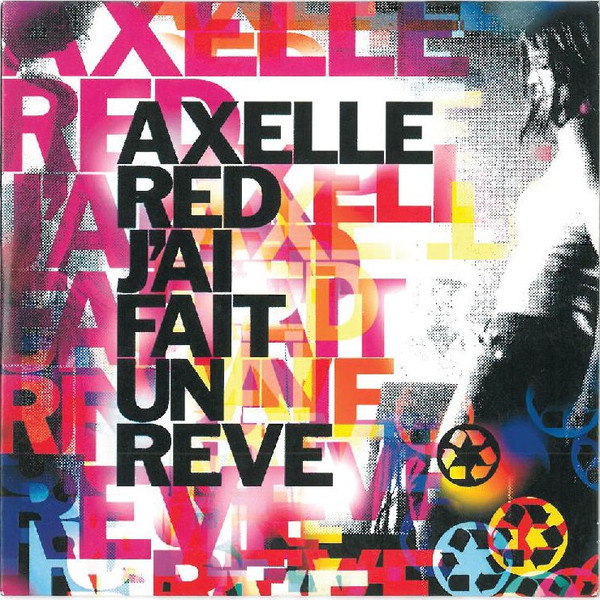 A few months ago Axelle Red had a hit in Belgium with “I Had A Dream”. Now normally Axelle Red doesn’t release any electronic songs, but this time was different. With the help of Daan they created a great ‘Daan-style’ track.

For the official French radio release the track was translated in French (J’ai fait un rêve) and reworked into new mixes by Belgian producers Ruff & Jam.

“J’ai fait un rêve” is a song about poverty in the world which Axelle Red performed at Live8 in Palais de Versailles (Paris) last summer.

Ruff & Jam is a duo of producers, composers & remixers (Jean Marie “Ruff” Moens & Luke “Jam” Mourinet). They met in Brussels (Belgium) in the mid 90’s, Luke started in the early 90’s as a DJ Producer, remixer, constantly moving between Paris, Brussels and London. On an event in Brussels he met Jean-Marie who was writing songs and singing in bands. They decided to join their forces to start a production team.
With their work on Kylie Minogue’s “Love at first sight”, everything went beyond all expectations. Their remix became Kylie’s Official Radio & Video mix for the USA and Kylie got her first nomination ever for the Grammy Award in the Best Dance Recording Category.

Ruff & Jam have done a great job as their remixes are equal if not better then the in Belgium well known Daan remix. While the club mixes will serve as a great warm-up song for the partycrowd, the radio edit has a more pop sound that keeps hanging inside your head. Extended mixes of both versions are also present.